A Brief History of Emoji

Emoji. Those little pictograms are all over our text messages and have even scored themselves a movie. It’s hard to imagine a digital world without them, but they haven’t been around forever and… come to think of it, where did they come from?

Firstly, let’s make the distinction between two similar but distinct words: emoji and emoticon. Emoticon, short for ‘emotion icon’ is the text-based face of old, which have a history that goes back far further than that of Emoji (yes, emoji is the plural of emoji, but we’ll go into that later). An 1862 transcript of a speech given by Abraham Lincoln in the USA reads “(applause and laughter ;)” we’re not sold on whether this was an intentional emoticon use, a typo, or correct grammatical structure though. The first digital emoticons, however, date back to 1972, where they could be generated on the PLATO IV computer system and the first use of ASCII emoticons was written by Scott Fahlman in 1982.

But that’s enough of emoticons. Let’s fast forward to Japan in 1999 where Shigetaka Kurita was sketching illustrations for simple images to be added to NTT DoCoMo’s texting feature (no apps back then). Kurita was a huge manga fan and drew a lot of inspiration from the art style in his designs. Emoji slowly took over Japan and became the ruling class. Okay, maybe not quite the ruling class, but they became ubiquitous on phones sold in the country and reigned supreme in the exciting world of pictographic communication. It wasn’t until after 2008 that emoji made the jump to phones sold outside of Japan. The first iPhone shipped with an emoji keyboard that was only accessible for Japanese users, but once the app store launched in 2008, everything changed. Once US users discovered access to the emoji keyboard after downloading Japanese apps, the floodgates opened. Pressure slowly grew to enable access to the emoji keyboard for users outside of Japan with popularity surging through 2010.

This is where Unicode got involved.
Huh? Unicode? What’s that
We’re SO glad you asked!

Unicode is a standard system for indexing characters enabling standardisation across operating systems so that everyone can use their own language on their devices. Once emoji was incorporated into Unicode, a whole range of devices became capable of displaying the little pictograms. Hundreds of emoji were encoded in 2010 (722 to be exact) and hundreds more have been added in the years since, as the consortium adds designs to meet the demands of diverse cultures the world over.

Just because Unicode has encoded the character doesn’t mean all platforms have to display the emoji the same way. Apple, Microsoft and Google each display emoji differently on their respective platforms so everyone can see the peach emoji differently. But not *too* differently, in 2016, Apple ruffled the internet’s collective feathers when it changed how its peach emoji displayed so that it no longer looked like a butt. In a world where only 7% of English language tweets containing the peach emoji refer to the actual fruit… the internet was OUTRAGED and Apple quickly reinstated everyone’s favourite bootylicious stone fruit.

There is one last thing that divides the world on emoji use and that is… what is the plural of emoji? Is it emoji or emojis? Or even emojises (please no). Here at Bento Box Design Studio, we’re siding with the plural emoji.

Why? well, the word emoji comes from the Japanese ‘e’ or ‘picture’ and ‘moji’ or ‘character/letter’, in that language, the plural is the same as the singular, that is, emoji. As a loan word, it would make sense for us to retain this structure, just as we do with sushi (you don’t hear anyone going around asking for ‘sushis’ now do you? If you do, you need to find new people to hang around with). Robinson Meyer from The Atlantic dug deep on this topic and concluded that the plural of emoji should be emoji. The plural of emoji follows the standard structure for Japanese loan words and the style guide of the organisation that internationalised emoji to the point that we can actually use it. Though, as with all things, language evolves and it will be what people use most that will cement itself in our language, but, for now, we will be sticking with emoji. 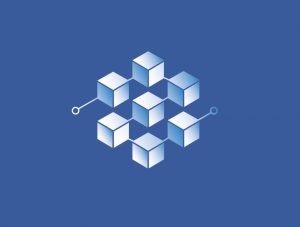 How Non-Fungible Tokens May Affect Branding.

Future Proofing for the Rise of Gen Z Discover our 5 Favourite Ways to Improve Our Clients’ Instagram